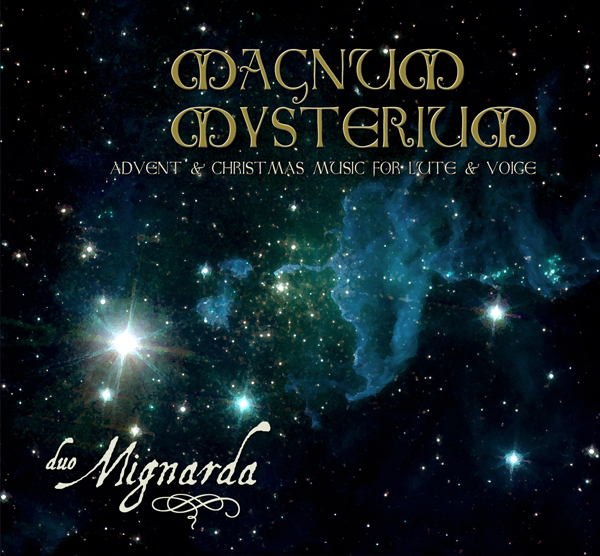 Duo Mignarda, Cleveland's resident early music specialists, return to St. Noel to perform a program titled, Magnum Mysterium, with music for solo voice and lute from their two critically-acclaimed CDs of music for Advent and Christmastide. The Duo's program will feature a selection of seasonal sacred music from the 15th-17th centuries, with settings of the moving Christmas motet, O Magnum Mysterium, as well as familiar and traditional English, Irish, French, and German carols performed with transporting historical sensitivity, and with the Duo's signature warmth.

Noted for awakening modern audiences to an appreciation for historical music, their work encompasses concertizing, teaching and recording, with twelve critically-acclaimed CDs. Mignarda's publications include a series of 12 music editions, scholarly articles, reviews and the internationally-popular blog, Unquiet Thoughts. The couple met in a schola providing liturgical music for the Latin Tridentine Mass, and they continue their dedication to historical sacred and secular music. Now in their 16th year as a duo, they have travelled tens of thousands of miles to share this music with audiences across the U.S., and they make their home in Cleveland Heights.